The coin door had two little squares inserts to indicate the cost of a game is $0.25. All Midway coin doors from the USA seem to have these. I believe the originals are made of Lexan and the label itself is silk screened on the reverse side.

One of the originals was in fine shape but the other had some sort of adhesive on it. Here’s a picture: 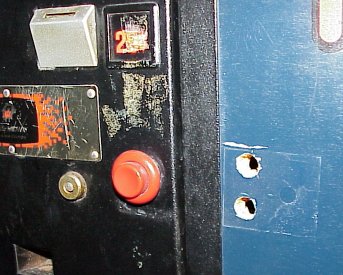 I went to great lengths to clean it off without damaging the original. I researched adhesive removers that were known to be safe on polycarbonates, bought a few of them, bought a small sheet of Lexan to verify it wouldn’t cause damage and went to work. Unfortunately, I had no luck dissolving the adhesive. I actually had a product sitting around from another project called Novus Plastic Polish and the next step would have been polishing off the adhesive. Novus Plastic Polish is touted for use on motorcycle windshields, so it probably would have achieved a reasonably clear, scratch-free finish. However, around the same time, I stumbled across the only place that sells reproductions and decided I’d rather pony up $5 on a new set at this point. 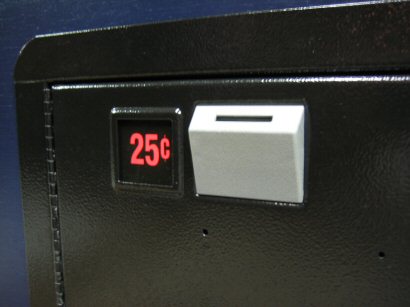 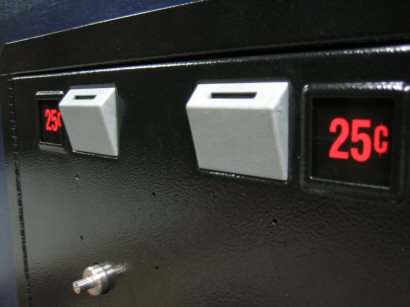