It’s finally time for the switching power supply to take it’s place in the cabinet. Here’s the a picture of the new and old units side by side: 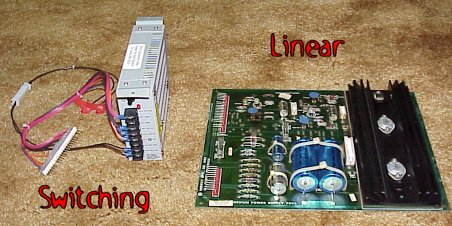 This may have been the most enjoyable part of the project so far. Because of Bob’s well-crafted harness it was mostly a plug & play install. The hardest part was drawing A/C power from somewhere. The transformer on the bottom of the cabinet has “utility” outlet which can be used for a light or power tools when someone is working on the machine. It seems obvious to draw power from there, but that’s not the proper way to do it. Why? Well, the “utility” outlet isn’t switched. If I used it for the new power supply, I wouldn’t be able to power the game board off unless I pulled the plug. The cabinet power switch would still control the monitor, but the game would continue running with the monitor off. Not cool! I needed a switched 120v source, so that limited my choices to the marquee backlight or the monitor. I chose the monitor because the wires were easier to get to: 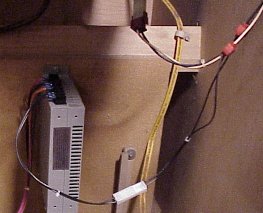 Once I had A/C power running to the new power supply, it became a simple matter of mounting it in the case and plugging in the harness. I decided to put it in the same general area that the linear power supply once occupied. Here’s a shot of the cabinet now: 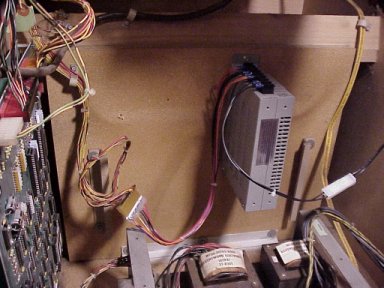 With everything hooked up and triple-checked, it was time to see if this would work or just start smoking.

Before I get to that, I’d like to point something out I noticed while installing the coin mechs earlier tonight: 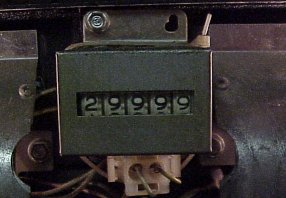 Yep, this test session will encompass the 30,000th play! But, will Super Pacman be alive for it? I flipped the switch and was greeted with this… 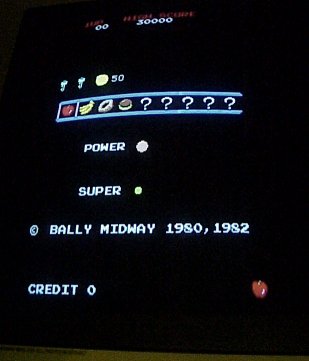 Hell yeah! It’s amazing what “clean” power can do… or rather what problems “dirty” power will cause. The game booted up perfectly, played perfecly, and the muddy sound effects had also been corrected. Finally, functional Super Pacman! 😀

The major repair goal I had for this machine has officially been reached. Although I would never consider it, this machine could even sit in an arcade again and earn money. It’s got all the requisite coin acceptors, locks, and playability.

Looks like it’s all cosmetic work from here on out. 😉